From July 2022, super funds will be required to have a retirement income strategy that, among other things, manages inflation risk for retired members. There are two aspects to this. One involves a strategy to manage expected inflation and the other is to manage the adverse impacts of an unexpected increase in inflation (inflation risk).

What is inflation
Inflation generally refers to the rising costs of goods and services over time. It reduces the purchasing power of a retiree’s income if not managed. Retirees need a source of income that adjusts to inflation in order to sustain a stable lifestyle throughout retirement.  Inflation risk arises because the level and impact of future inflation is unknown. Inflation expectations can be factored into a retirement income strategy, but there needs to be a plan for what happens if inflation does not match the built-in expectations.

Figure 1: The impact of different inflation rates on $40,000 of retirement income per year

The erosion of value can have a severe impact on a retiree’s lifestyle. Some reduction in lifestyle might be OK. Research by David Blanchett in the US1 and the Grattan Institute2 have shown that retirees tend to spend less (in real terms) over time. However, the fall in spending is typically less than inflation, which means that nominal spending increases. Even if a decline in living standards is intentional (ie less spending on discretionary items), retirees still need to manage inflation to afford the lifestyle they desire.
Managing expected inflation and risks
Protecting against inflation in accumulating savings requires a high enough return to offset the inflation. Some investments, like equities, provide high returns that have compensated for rising prices over time. Others, such as unlisted property get a benefit as property prices often increase in inflationary periods, therefore increasing total returns.


Bond investments are more exposed to inflation because the yield to maturity doesn’t change after purchase unless they are specific CPI-linked bonds. This doesn’t mean that bonds can’t help with managing inflation. Buyers of bonds know about the potential impact of inflation. So, the price they pay, and the yield they demand, will depend on the inflation rate that they expect in the future. This is central to bond markets and is monitored by the Reserve Bank of Australia (RBA) in monitoring inflation expectations. Figure 2 shows the bond market’s inflation expectations from the RBA back to 1985.


Figure 2: RBA measure of inflation expectations from the bond market 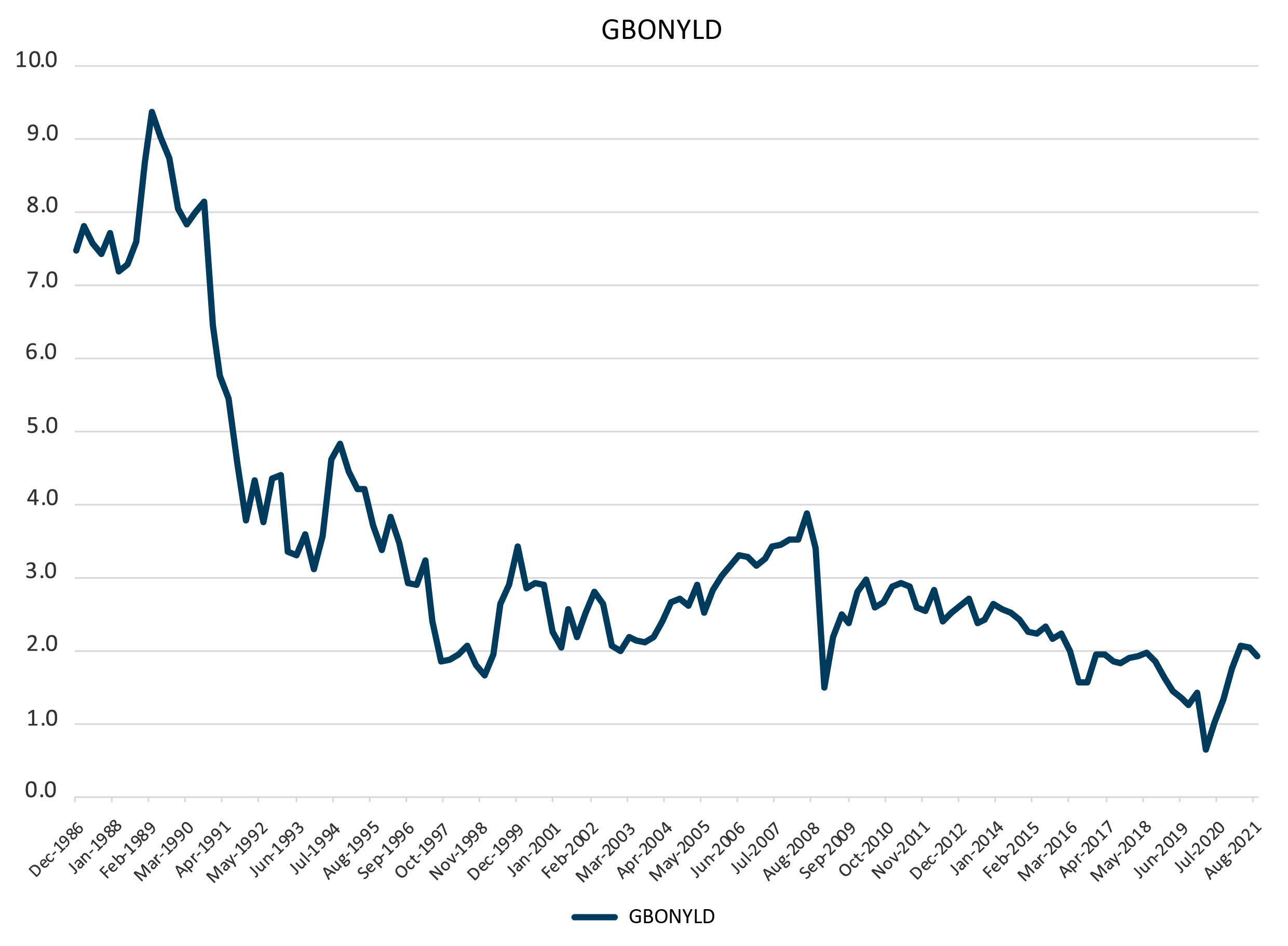 
As Figure 2 shows, expected inflation has generally been in the 2-3% target band of the RBA since the mid 1990s, reflecting the policy target that was confirmed at that time. It has fallen below that band in recent years as inflation has surprised on the downside.This manages inflation, but there is an additional challenge to manage inflation risk. What if the inflation rate is not what was expected?
Lower than expected inflation will mean a higher living standard so that isn’t much of a problem, as opposed to the reverse situation. This risk is one of the ‘known unknowns’ in the language of Donald Rumsfeld. Everyone knows that there will be inflation, and while we might have an expectation of what it will be, no-one actually knows what it will be until we have had it. Managing this takes more than just high returns. They might not be high enough. What you need is an investment that benefits from higher inflation, or even better, automatically adjusts through a linkage to the CPI.
Managing inflation risks for retirees
The Retirement Income Covenant will require super funds to have a retirement income strategy that considers and manages inflation risks. The first part of this strategy is likely to involve the Age Pension. Many retired fund members will receive at least a partial age pension in retirement. This helps with inflation because it is automatically adjusted for inflation. The full Age Pension actually tracks average wages over time, which typically grow more than inflation (other than in recent years).


It is also worth a fund considering what type of spending their members need to protect against inflation. As noted, some of the discretionary spending drops off at older ages, so inflation on this consumption might be OK with less protection. It is important to have some inflation cover for the essential components of a retired member’s lifestyle. Members with only a part Age Pension, or those who receive no Age Pension, could benefit from an investment that explicitly manages inflation risk, by protecting against higher than expected inflation.


Super funds have been protecting members from inflation by growing their accumulation assets faster than inflation. There will be an additional requirement on super funds to consider inflation risk for their retired members. Like many aspects of retirement, inflation risk is slightly different when generating retirement income, but funds can deliver better (inflation-adjusted) outcomes for their members by using some inflation-linked assets in addition to investments with high expected returns.

What's next in retirement income?