It’s been more than a decade since the global financial crisis (GFC) knocked a good chunk off the average super balance and forced thousands of Australians to rethink what sort of retirement they were going to have. When your super is invested heavily in shares, a share market crash can lead to a rapid reduction in retirement savings.

Understandably, retirees and soon-to-be-retirees are wary of a repeat. Seven out of 10 Australians aged over 50 are worried about the prospect of another GFC, according to a 2018 National Seniors Australia survey.

The survey also found that probable events, such as living to a relatively older age, impacts how long your funds last. Almost a third of survey respondents over 80 said they had already run out of savings. And almost a quarter of people aged 75 to 79 had run out too.

There’s one thing that can be said for getting older: it’s better than the alternative. According to the Australian Institute of Health and Welfare, Australia has the sixth-best life expectancy in the world, and thanks to medical advances and higher living standards, it continues to rise. If you are 65 today there’s a good chance you will live into your 90s. How do you feel about that prospect from a financial point of view?

(a)    Relaxed. I’ve got so much super I won’t know what to do with it.
(b)    Somewhat concerned. I have a reasonable super balance but I’m not sure it’s going to go the distance.
(c)    Terrified. I need to find a way to make my retirement money go further.

One downside of retirement is that while the price of buying things can keep on increasing, you can’t go to your boss and ask for a promotion or a pay rise. If inflation runs at 2.5 per cent a year, a basket of groceries that costs $200 today will cost $256 in 10 years’ time. How will you be able to cope with that?

(a)    I’ll be fine. I’ve got an income plan that includes inflation-linked payments
(b)    Not sure. Might have to be a bit more careful when I go shopping.
(c)    Badly. If only my retirement income went up with inflation too.

We all know the warning: shares can go down as well as up. And whilst Australian shares have performed well in the last five years, with an average return per annum of 10% according to Chant West, sometimes they can go down spectacularly. This can have damaging results for investors, particularly retirees, as many have chosen to heavily invest their super into shares. What would be the effect on your retirement if a new GFC hit tomorrow?

(a)    I wouldn’t even notice. I’ve got a huge portfolio of investment properties too.
(b)    It would certainly change things. We might be looking at hiring a campervan instead of that round-the-world cruise.
(c)    A stock market crash would be disastrous. I don’t even want to think about it.

As we get older, health issues are almost certain to arise. And sometimes the cost of dealing with these can put a huge strain on our finances. How will you cope if you have to deal with expensive medical expenses in retirement?

Your retirement risk factor is low – or at least you think it is. You are pretty confident that you’ll be comfortable in retirement, no matter what happens. You must have an extremely large, balanced, and bulletproof portfolio of investments...

Your retirement risk factor is medium. While you appear to be well set for retirement, you are still potentially vulnerable to events that could transform your retirement finances – and not for the better.

Your retirement risk factor is high. It seems like you need everything to go your way if retirement is going to be plain sailing. Events could easily disrupt your retirement dreams.

Make your money last a lifetime

“The GFC has cast a long shadow, particularly for those who were already in retirement when it hit and have been unable to recoup their losses,” says Jeremy Cooper, Chairman, Retirement Income, with Challenger, Australia’s largest provider of annuities. “This, combined with increasing life expectancies, has left many seniors uncertain about the future.”

Challenger lifetime annuities can be an important part of a retirement income strategy. They give you an additional layer of protection for life, or for a chosen investment term. Payments can also be linked to yearly inflation changes, helping you to continue to afford tomorrow what you can afford today.

This article first appeared on www.msn.com

Previous page > Will your savings go the distance?

How to start planning for retirement

This guide shares some key insights and research into money and retirement, to help you look forward with confidence. 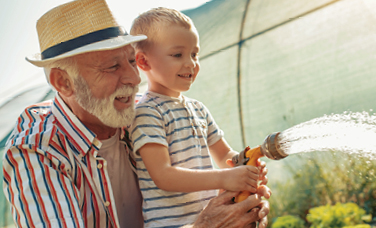 Homepage: Could I outlive my savings?

Have you considered how long you might have in retirement and whether you might outlive your super and savings? 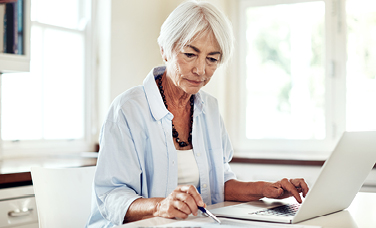 Even if you don’t directly own shares, a portion of your money in your super or account-based pension is generally invested in the share market. Learn how to protect your money from poor share market performance. 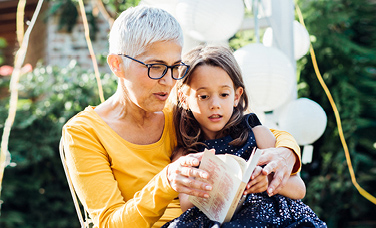 What is an annuity?

Challenger’s annuities will pay you a regular income for life, or for a chosen investment term, helping to give peace of mind in retirement.